Does IV Therapy Give You An Immunity Boost? 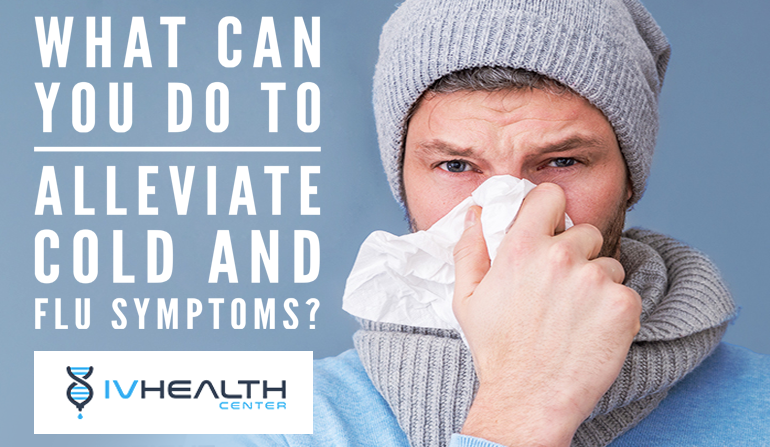 Looking for a flu immunity boost? The flu is everywhere and I do mean everywhere: we are officially experiencing the biggest outbreak in years. And when you live in New York City, riding the subway is like Russian Roulette — just clutching a pole during a bumpy ride (and forgetting to wash your hands right after) can lead you down the primrose path of a week in bed, if you’re lucky. When a dear friend of mine, who’d recently had a serious surgery, told me he was going to visit a drip lounge to boost his immunity during his recovery, I was as intrigued as any wellness reporter would be. He’d tried them before to what he felt was great success.

“You will feel like a whole new human,” he affirmed.

So, as I began to sag under the weight of an impending malaise and really needed that “new human” feeling, I booked a drip at NutriDrip’s Drip Lounge in New York City’s East Village. I always thought IV-drips-on-command were for heavily hungover Instagram celebs in desperate need of electrolytes but as it turns out, different formulas of drips are concocted at the minute to serve a multitude of purposes.

I was greeted by a friendly and knowledgeable staff in a room so dim, so relaxing, I’d feel like ordering a drink if it weren’t 11 am and I drank. After discussing my health history, both via email during booking and again in person, I was ushered to the back of the lounge where I sat in a large leather chair to meet Shoko, the nurse practitioner in charge.

We discussed my symptoms and agreed I’d receive an augmented version of the NutriCLEANSE, their most popular, catch-all wellness formula designed to, according to the website, “detoxify against heavy metals and free radicals, energize your body for days, and revitalize from the inside out.” It contained vitamin C, methyl B12, B-complex 100, magnesium, calcium, taurine, multi-trace elements, hydration fluids (of the classic IV variety), plus she added a little selenium and zinc (to help fight invading germs) and the antioxidant glutathione, to fend off free radicals and give my skin what people refer to as a red-carpet worthy glow. Bonus!

“All our drips are designed by a functional medicine doctor, Maurice Beer, and they’re designed so anyone with a normal heart liver and kidney function can take them without a blood test,” Shoko explained deftly. According to their website, Dr. Beer is a board-certified practitioner with a private practice, but is also a clinical instructor in the NYU Nurse Practitioner program and a lecturer at the Mount Sinai Medical Center.

Right before we started, I remembered how I’d taken my usual fistful of vitamins that morning and asked Shoko if this posed any risks. “The thing about taking vitamins and minerals intravenously is your body fully absorbs them,” she said, adding that because I’d taken them orally, I probably only absorbed 40 percent of their contents anyway. “You just excrete the extra through urine,” she explained.

After signing a waiver to acknowledge the risks of IV therapy, such as soreness, bruising, infection and nerve damage (a standard IV insertion disclaimer), she set about prepping my formula. “Everything we use is brand new and sterile,” Shoko reassured as she began the hunt for a ripe vein. Once the drip started, I felt a little lightheaded and on the verge of dizzy, so Shoko immediately slowed the flow of my drip and I felt fine for the remainder of the experience. All told, it took about 10 minutes for Shoko to interview me and prep my solution, and another hour or so for the drip to complete. There was no infection, pain, bruising or nerve damage afterward.

At first, the only difference I felt physically was having to pee with a pregnancy-like frequency. As the day’s hustle went on, I realized I felt far more alert and energetic than I usually do at 4 o’clock and again at 6 o’clock, when all the caffeine I’ve had all day wore off. By bedtime, I was exhausted but noticed my sinus headache had subsided somewhat.

After a restorative sleep, I immediately realized upon awakening that whatever sickness I was on the verge of didn’t bother me as much. I’m not a morning person, but I didn’t have to drag myself out of bed like I usually do and felt a subtle boost of energy throughout the day. Also, I was better able to focus during work and was more productive than usual.

My energy levels were stronger and more even throughout the day — still no 4 pm caffeine crash. My ability to focus was still slightly enhanced and though that feeling of fighting something sinus-y returned a little, it never really materialized into a cold.

So far, so healthy. I ran into a friend at a coffee shop who actually told me how great I looked — this is not at all a common occurrence. She asked if I was going to an event. Perhaps it was that red-carpet glutathione glow I could’ve sworn I saw in the mirror earlier.

Is it real or just a placebo effect?

As it turns out, I kind of do feel like a whole new human. Dr. Chiti Parikh, co-founder, Integrative Health and Wellbeing Program at Weill Cornell Medicine and New York-Presbyterian, says some people are low on vitamins to begin with.

“As per the Center for Disease Control (CDC), about 10 percent of the U.S. population is deficient in certain vitamins and minerals, including vitamin C, D, B6, B12 and iron, due to an unhealthy diet or a lack of proper absorption,” she explains. “In certain conditions, IV repletion of these vitamins and minerals can boost the levels in the body more rapidly. As these deficiencies are corrected, one might feel more energetic, clear headed and notice an improvement in the texture of skin and hair.”

Parikh goes on to say that though vitamins B and C are indeed water soluble — meaning your body will just eliminate what it doesn’t need — too much magnesium, for example, can lead to issues like cardiac arrhythmia, so testing your blood to see if you have vitamin deficiencies before trying this is a good idea.

Dr. David L. Katz, director of Yale University Prevention Research Center, Griffin Hospital, conducted a study on the efficacy of IV micronutrient therapy for fibromyalgia patients, with some promise. When I told him how this particular formula worked out for me, he agreed that, under certain conditions, these types of IV solutions could conceivably help ease cold symptoms. “Careful infusions of well-chosen nutrients in reasonable doses could, conceivably, confer benefit,” he says