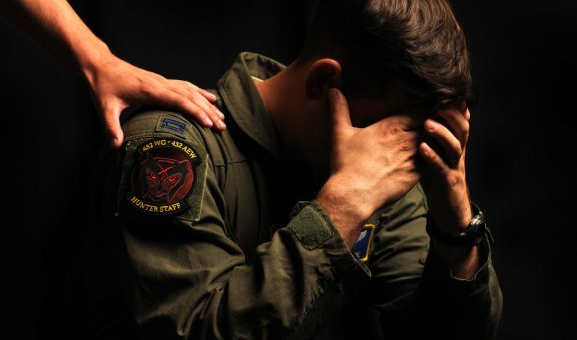 Combat veterans can’t always leave behind what they saw and experienced on the battlefield when they return to the civilian world.

While some ease back into their old lives with minimal problems, many suffer from post-traumatic-stress syndrome so severe that they need professional help to overcome both it and the depression that often accompanies it.

For some, that means seeking relief from their condition through one of the many ketamine centers that have opened in recent years throughout the United States. At these centers, doctors administer ketamine infusions to treat such conditions as PTSD, depression, anxiety, OCD and chronic pain. Extremely good effect is found at stopping suicidal thoughts.

“Some researchers have called the drug the most important discovery in half a century,” says Aimee Cabo Nikolov, administrator of the Ketamine Medical Clinic   in Miami , a division of the Neurosciences Medical Clinic.

Nikolov, who operates the clinic with her husband, Boris, and a team of medical professionals, says about 35 percent of the patients the clinic sees are military veterans seeking treatment for PTSD.

Nikolov, who has a background in nursing, has dealt with her own PTSD issues, though hers were caused by childhood abuse issues rather than combat. Like the clinic’s patients, she found ketamine to be a helpful ally in battling mental health problems.

“Ketamine infusions have lifted a lot of my own depression,” she says.

It’s only fairly recently that ketamine became popular as a drug for battling such troubling mental-health conditions as PTSD and depression. Originally, ketamine was developed as an anesthetic in the early 1960s, but it wasn’t long before people began using it as a recreational drug that was known on the streets as Special K.

It’s still used as an anesthetic, but over time some in the medical profession began to realize it could be used to treat depression and PTSD.

Studies have shown that Ketamine infusion can produce significant and rapid reduction in the severity of PTSD symptoms.

Just what is PTSD? Here’s what the U.S. Department of Veterans Affairs says:

Nikolov says that patients at the Ketamine Medical Clinic receive treatment that is individualized for their specific situation. Generally, though, that means six to eight initial ketamine infusions two times a week. That’s followed by boosters, which can be one infusion every two to six weeks.

“Ketamine has been described as rapid-fire treatment for depression,” Nikolov says. “For many veterans suffering from PTSD, ketamine is providing hope after other kinds of treatment didn’t give them the results they needed.”